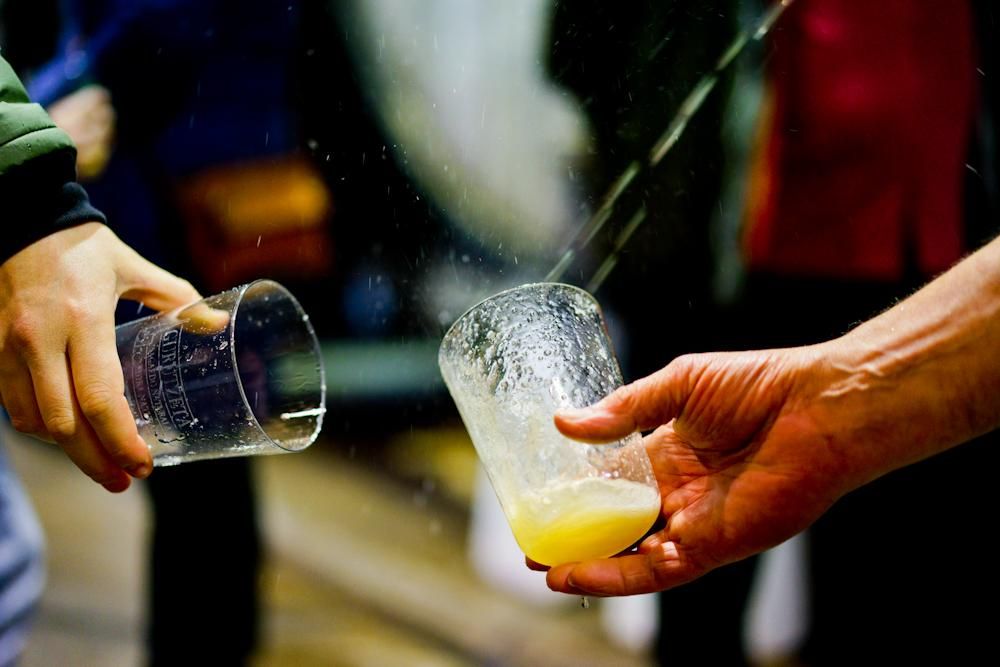 A part of local Asturian and Basque history, cider production in Spain was initially reported by Roman settlers in the first century. Like many other historical brews, this style of cider was first produced as a low-alcohol farmhouse beverage, before gaining momentum as a commercial industry in the early 20th century. Cider is primarily made in the northern regions of Spain, with Asturias counting for roughly 80% of production, and nearby Basque regions accounting for the majority of the rest.

Traditional cider-making is a relatively straightforward process. In September and October, ripe apples are harvested, washed, diced, and then softened in water. After pressing the apples, they are left to ferment naturally with wild yeast found on apple skins. An experienced cidermaker will blend the juice of different apples, combining tart and sweet varieties, to achieve the perfect balance of richness of fruit and acidity. No sugar is added, and the alcohol content generally sits around 5-6%. Most old-world cider producers age their ciders in chestnut barrels for five to six months before bottling.

Basque cider houses typically don’t serve bottles of cider, as you typically pour and catch cider directly from the barrel. In Asturias, cider is served from the bottle by a server who lifts their arm above their head to pour from about 2 feet up in the air into a tasting glass.

In both Basque country and Asturias, opening cider bottles after a long fermentation period is a celebration, as friends and family gather in February or March to taste the first ciders of the season. In this tradition, ciders are tasted straight from the barrels, where the glass is held at a distance to catch the liquid. The objective is to “break” the cider in the glass, giving it a quick injection of air bubbles, aerating and creating texture in the cider. Only a couple ounces are poured at once, allowing the taster to enjoy the full flavour of the cider.

Spanish-style ciders are becoming increasingly popular in a global market, as craft beverage drinkers have embraced the funky and tart flavours in beer. Asturian cidermakers in particular, have maintained an unwavering commitment to traditional methods of Spanish cider production, at odds with the contemporary global beverage culture obsessed with all the latest trends.

Resistant to novel and expensive styles, Asturians have opted instead to continue producing traditional recipes at affordable prices. While some critics speculate that Spanish cidermakers will only survive through innovation, perhaps a tenacity for tradition will be just the thing that will allow them to thrive through an everchanging craft beverage marketplace.