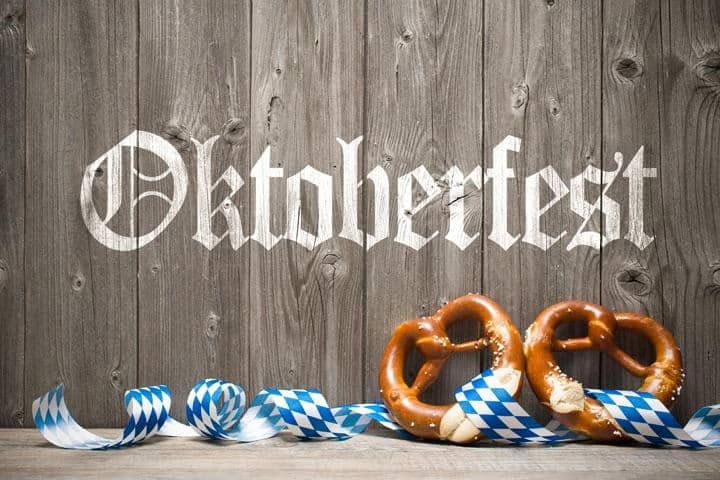 The first Oktoberfest took place in 1810, a five-day celebration in honour of the wedding between Crown Prince Ludwig of Bavaria and Princess Therese of Sachsen-Hildburghausen. Abandoning regal tradition, the royals turned the wedding into a public event, inviting the people of Munich to celebrate the union in the fields in front of the city gates, where free food and beer flowed through the city. The “October Fests” concluded with a public horse race at a meadow between Munich and Sendling. The formerly unnamed meadow was given the name “Theresewiese,” or Theresa’s Meadow, still the official site of Munich’s Oktoberfest today.

Oktoberfest Over the Years

Due to its overwhelming popularity, the festival was held again the following year, with organizers introducing a show to promote Bavarian agriculture. Over the next several years, beer stalls, food stands and carnival attractions were added to the ever-expanding festival. In 1819, the city of Munich assumed responsibility for festival management, and Oktoberfest was officially deemed an annual event.

By the late 20th century, booths had evolved into large beer halls made of plywood, with interior balconies and bandstands. Each brewery became responsible for erecting a large, temporary structure, with seating capacity to house approximately 6,000 people. Since 1950, first day festivities kick off at noon with a 12-gun salute, followed by the Mayor of Munich tapping the first keg of beer, proclaiming “O’zapft is!” – “it is tapped!”

All of Munich’s Oktoberfest beers are produced in accordance to the Reinheitsgebot, which means they must be made exclusively from water, barley, hops and yeast. Only beer produced by the six main breweries within Munich city limits – Augustiner, Hacker-Pschorr, Löwenbräu, Paulaner, Spaten and Hofbräu – can be poured at Oktoberfest.

Oktoberfestbier is a protected appellation referring to the beer brewed for Munich’s Oktoberfest, denoting two distinct beer styles: a traditional märzen and a paler festbier.

During the early years of the festival, the beer would have been dark and bold, closer to that of a dunkel, or dark lager. As malt kilning technology improved, brewers were able to make lighter-coloured brews with more subtle toasted characteristics. In 1841, Spaten brewery produced Germany’s first amber lager, or märzenbier, which became the first official beer style of Munich’s Oktoberfest in 1872. The style evolved into the modern märzen we know today, pale gold to dark amber in colour, with caramel flavours and a hint of toast.

Spaten’s Märzenbier set the standard for Oktoberfest brews for the next 100 years, until the 1970s, when Paulaner introduced this lighter-hued festbier to meet evolving consumer preferences. This newer style of beer, known as Wiesn, or festbier, named after Theresienwiese, where the festival is still held today. It is a malt-forward golden lager, described by BJCP guidelines as a “less intense and less richly toasted than a märzen.” All six breweries eventually changed over their fest brew to the golden style lager, and since 1990, it has reigned as the official beer of Germany’s Oktoberfest.

While the first beer fest was held in October, the dates were pushed back into September to take advantage of warmer weather. The festival currently runs for 16-18 days, concluding on the first Sunday in October. Even though this year’s Oktoberfest celebrations are nearly over, you can still sample some amazing locally produced märzens and festbier.

Feeling festive?  Join us on C’est What’s beer garden on October 15th from 12pm on to celebrate our end-of-season beer fest featuring some of Durham region’s finest brews!