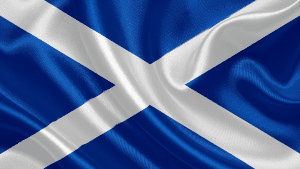 Scotch ale, also known as Wee Heavy, originated in Edinburgh, Scotland during the 1800s. Part of the strong ale family, this Scottish beer style was based on English Strong ales, specifically inspired by English barleywine. Like an English barleywine, the original Scotch ale was rich, strong and dark amber in colour, but with its own unique twist.

Much of what sets Scotch ale apart from English Barleywine can be attributed to geographical differences between Scotland and England. Due to Scotland’s cooler northern climate, local beers were generally fermented at lower temperatures, therefore displaying less of the fruit and spice characteristics typically expressed in English strong ales. In Scotland, hops were expensive and relatively inaccessible, so were used sparingly in brewing. While Scottish soil is not ideal for growing hops, it is renowned for producing an abundance of high-quality malting barley, which became the central feature of Scotch ale.

Scotch Ale v Scottish Ale
In the 19th century, Scottish beer was classified in accordance with the pre-tax price of a British barrel in shillings, where the symbol “/-“ stands for “shillings exactly.” The stronger the beer, the more expensive the barrel, with the strength levels roughly corresponding to the price and strength of the English Bitter. Light (60/-) was under 3.5% abv, Heavy, (70/-) between 3.5% and 4.0% abv, Export (80/-) ranging between 4.0% and 5.5% abv. The Wee Heavy (90/-) was the strongest of all, at over 6.0% abv.

A modern Scotch ale is a medium to full-bodied brew, ranging from light to dark brown in appearance. Designed to showcase a rich malt profile, the Wee Heavy has a deep caramel character, supported by notes of roasted malt, with light smoke and/or nuttiness. Both hop character and yeast profile in this style should be subdued, with yeast esters showing qualities of raisin, plum or dried fruit. A typical ABV is between 5.5-6.5%, however, North American versions tend to brew this style with an ABV between 7-10%.

An excellent winter warmer for a cold, wintry night, this malty Scottish brew is best consumed while relaxing by the fire.